Known to the K2 Special Services team as Romeo, ex-Navy SEAL Jake Buchanan has yet to meet a woman he didn’t like. There is one though who sets his heart to racing in a way the others don’t. She is off-limits, however, and his boss—her brother—has made that crystal clear.

Troubled by a childhood that still haunts her, Maria Kincaid goes searching for a father she’s never met—and stumbles into a nightmarish experience. With her life in grave danger, she reaches out to Jake.

Jake, a man who believes he isn’t capable of committing to one woman, knows he should stay as far away from Maria as possible. She’s in trouble though and he’ll just lend a hand, then return to his life as Romeo.

As Jake soon learns, some things are easier said than done.

Middle-of-the-night phone calls weren’t unusual. Long accustomed to awakening at odd hours to all sorts of noises, Jake alertly reached for the receiver at the same time he eyed the clock. Had the operation gone wrong?

Maria’s voice was the last one he expected. Just hearing it sent his heart into overdrive. He sat up, as if by doing so he could get closer to her. “What’s wrong?”

She laughed. “Why do you immediately assume something’s wrong?”

One hundred and ninety-three miles between them did nothing to conceal the brittle note of her laughter. “It’s two in the morning for one thing. You should be sleeping. Don’t you have an early class?”

“I’m in trouble, Jake.” Her voice cracked on his name.

For her, he would step in front of a bullet, but she wasn’t his to protect. She was so far off limits he might as well be wanting the moon.

He forced the words through his teeth that had to be said. “Then you should be calling your brother, not me.”

Jackson Kennedy Buchanan, in an attempt to be as honorable as his namesakes, opened his mouth to say no, not happening. “Are you home?” He pulled the phone from his ear and glared as if it were responsible for the decidedly inadvisable question. She’d probably had a fight with a boyfriend and needed a shoulder to cry on.

Maria Kincaid—top-of-her-class law student and weeks from graduating—didn’t get in trouble. Maria Kincaid, the woman her brother had put off limits by threat of death. The boss didn’t want his sister anywhere near a man known as Romeo to his SEAL buddies.

Barnes & Noble
Book 1: Crazy For Her 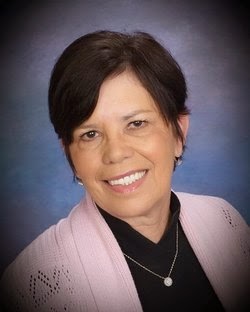 A native of Florida, Sandra once managed a Harley-Davidson dealership, before switching from a bike to an RV for roaming the open road (though she’s also chased thrills from sky-diving to upside-down stunt-plane flying). In addition to CRAZY FOR HER—a 2013 Golden Heart® Finalist for Romantic Suspense—and SOMEONE LIKE HER, her works include the Regency romance novels THE LETTER, winner of the Golden Quill Award, and THE TRAINING OF A MARQUESS, winner of the Golden Claddagh Award. A member of Romance Writers of America, she lives with her husband in the beautiful Blue Ridge Mountains of North Carolina. She claims the only thing missing in her life is a cat to curl up on her lap while she writes.